QuickBooks software has risen and maintained its position amongst the top accounting software since it was designed. The software is structured with new and innovative features and tools with release of new version every year while maintaining its USP of being user friendly. However, at times some of the new versions are not totally compatible with the user’s system and thus ends up running into errors for which Intuit then releases updates. Another benefit of these updates is the security patches and integration of tools within the software. In case want to update EnterpriseSuite Software connect QuickBooks Enterprise Support for experts help & advice .

Following the pattern, Intuit released QuickBooks 2017 R5 in the month of March. But the release ended up causing more problems for QuickBooks users than providing benefits. These QuickBooks 2017 R5 problems basically dealt with add-on applications integrated and used with the software. Keeping this problem in front, the software slowly ran into performance and speed issues, consequently ending up crashing the software. Comprehending the issues faced with the software after the update was installed, many accountants and bookkeepers advised to not go forward with the update till the time Intuit does not resolve the issue.Also QuickBooks Cloud Hosting user if activated auto update might they unable to open QB after R5 .
QuickBooks 2017 R5 update basically consisted of only 1 paramount change along with many little solutions. These solutions are basically fixes for small bugs faced with QuickBooks 2017 version and to resolve them Intuit comprised all the resolution under one update. The most important change brought in by the update is related to security under which certain changes were made regarding the password entry wherein the user can stay logged in without much activity for only specific time period. This update was also introduced with QuickBooks 2016 R10 and QuickBooks 2015 R13.

Problems faced with QuickBooks 2017 R5 was generally occurred with users having 3rd party add-on products integrated with QuickBooks software. It is not true in case of all the add-on products; however, some which access transaction query does face the problem of performance and crashing of QuickBooks. Although the main trigger point is not confirmed, but seeing the pattern it can be denoted that the programs which are in use with transaction data of the software are experiencing problems with QuickBooks 2017 R5 update. For the users employing FLEXquarters the issues faced with QODBC driver while Clearify pointed towards the app QQube. The point in the end is that the error is not related to 3rd party agency and their programs but is in fact result of the R5 update of QuickBooks 2017.
As no concrete resolution is known, many QuickBooks ProAdvisors and experts have forwarded following points of advice:
✅ Those who haven’t yet updated with this release called R5, it is recommended not to continue with update and hold off till further warning.
✅ For those who have gone forward with the R5 update one option is to go back towards QuickBooks 2017 R4 update. This, option is however quite complex as the user will have to look for the files related to R4 update and furthermore also uninstall current changes made with R5.
✅ Second option for the users who have updated with QuickBooks 2017 R5 is to wait and not make many changes in their software till the time Intuit does not fix the issue with R5. As the main point of error is not known, the professionals of QuickBooks are unable to narrow down the exact resolution.

Both solutions provided for the user with QuickBooks 2017 R5 is not the concrete ones and will require suitable help from the QuickBooks Technical Support Number. The good news is that Intuit has almost reached the pinnacle of the issue and is sure to provide resolution soon. If the user still face issues with these small updates for QuickBooks they can connect with either Intuit set-up QuickBooks team or connect with third party support agencies like AccountsPro at www.accountspro.co or call on Toll Free Number 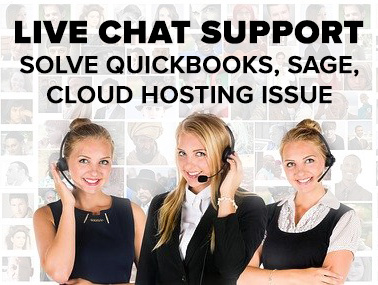